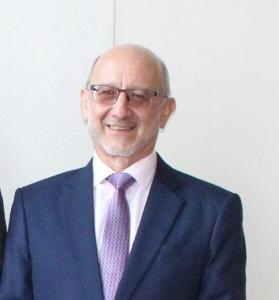 The Ambassador of Chile to Thailand Christian Rehren speak on Chile

Speaker: The Ambassador of Chile to Thailand Christian Rehre

Ambassador Rehren has had an extensive career in the Foreign Service. He was Deputy Director for Political Affairs (Americas) between April 2015 and March 207, he joined the Andres Bello Diplomatic Academy in 1981, where he graduated. From October 2011 to April 2015, he was Ambassador of Chile to Malaysia and Brunei Darussalam. He served as Deputy Chief of Mission at the Permanent Mission of Chile to the Organization of American States (OAS), in Washington D.C., between January 2008 to October 2011.

He has also held several positions such as Counselor of the Permanent Mission of Chile to the United Nations in New York. While Chile was a member of the UN Security Council during 2003 – 2004, he was responsible for issues related to the Middle East as well as social and humanitarian matters.

He was also appointed to Chilean Embassies in Ecuador, El Salvador, Romania, United Kingdom and Japan. He was also Consul in Sofia, Bulgaria.

At the Foreign Ministry headquarters, he served at various divisions as the General Directorate for Foreign Policy and the Directorates of Multilateral and Bilateral Policy.

Ambassador Rehren has also represented Chile at several summits, international conferences and special negotiation processes of the United Nations System and the Inter-American System. In 2007, he was responsible for coordinating the Chilean Pro-Tempore Secretariat of the 17th Ibero-American Summit of Heads of State and Government, held in Santiago.

He is the author of “Foreign Policy Resources and Priorities: A Comparative Study of Chile and the United Kingdom” (London, 1999) and “From Guadalajara to Santiago de Chile: Utopias and Realities of the Ibero-American Summits (Santiago 2006).

Ambassador Rehren attended primary and secondary studies at Salesian Schools in Chile and superior ones in biology and music at Catholic University and National Conservatory of Music.