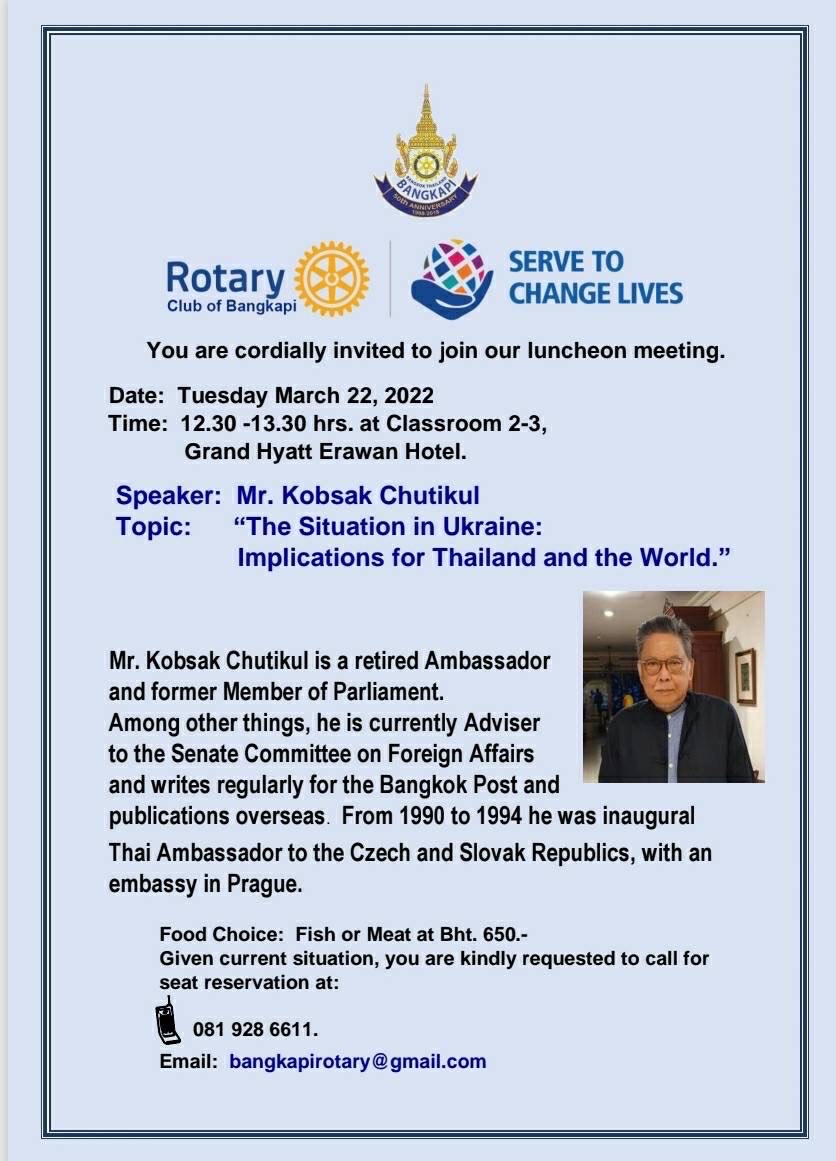 The Situation in Ukraine: Implications for Thailand and the World

Please join our next lunch meeting on Tuesday 22nd March 2022 where Mr. Kobsak Chutikul will speak on “The Situation in Ukraine: Implications for Thailand and the World”
Kobsak Chutikul is a retired ambassador and former member of parliament. He is currently adviser to the Senate Committee on Foreign Affairs among other roles. He writes regularly for the Bangkok Post and publications overseas, and appears regularly as a guest on television talk shows.

From 1990 to 1994, he was inaugural Thai ambassador to the Czech and Slovak republics, with an embassy in Prague.

The Russian invasion of Ukraine which began on 24th February has captured the attention of the world. Most of the world seems to have taken the side of Ukraine as reflected in the 141 countries, along with Thailand, that voted in favour of the United Nations General Assembly resolution of 1st March condemning the invasion and calling for Russia to withdraw its forces.

However, the stance of the Thai government is not apparent. In Thai social media and public outlets, there appears to be deep divisions, along political and even class divides, with seemingly equal numbers of supporters.

Thai attitudes towards the Russo-Ukrainian conflict will be explored by our guest speaker.